Bach to the Future

Performing their exciting arrangements of Classical favorites with jazz and World music influences, Bach to the Future is receiving rave reviews across the country. Brothers Rob and Michael Silverman grew up in a classical music household. Their father performed cello in the St. Louis Symphony Orchestra for over 40 years, and their mother taught and performed cello and piano as well. They grew up one block from Matt Bollinger in St. Louis, and the three of them played music since they were kids. They added violinist Andrew Driscoll, who also has an eclectic style, performing jazz and classical equally well.

What the critics are saying:
“A hit!”
— Arizona Sun

“Bach to the Future brought down the house with their classical-meets jazz sound!”
— SurFACE magazine 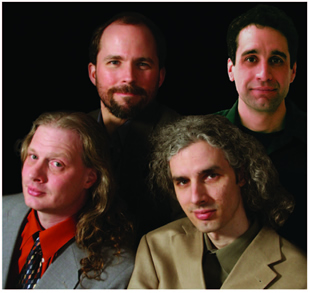